Free shippingFor all orders over £35

SupportWe offer comprehensive support on all of our products.

A shop fitting company were having difficulties and approached us for on site advice.  LED lights were coming away from display cabinets and they had also noticed some load bearing panels starting to bow once accessories had been added.

We discovered the LED lights had been adhered using an unsuitable double-sided tape with a rubber adhesive.  The load bearing panels had simply been fitted incorrectly.  In anticipation of a quick fix we had brought an installation kit, and were able to rectify the issues.

Once we contacted the cabinet supplier and panel installer with our findings they were able to continue without delay.  No further failures were reported. 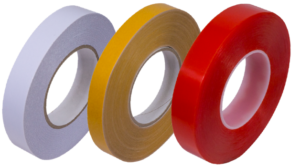